Decision-making – Choosing between conflicting forecasts (4 of 4)

Just because you follow the recommendations in the previous post to improve your decision-making by broadening your sources of information and opinions, it doesn’t mean all your problems are solved! What happens if everyone has a different opinion?

Suppose you made sales of 20 units last year, and your team of ten gathers to forecast the sales demand for the coming year. 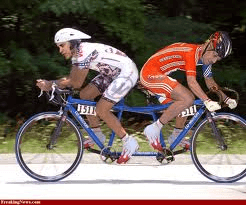 Two people think sales can be grown strongly. One forecasts 35 units and the other says 40.

But two people are pessimistic, and suspect competitors will erode sales with their new product innovations. One says 15 and the other only 10.

Four people think things will stay pretty much the same, with old habits and customer loyalty countering any erosion, and leaving sales flat at 20.

And there are two enthusiasts who think that an R&D breakthrough and a shift in market demand would allow the company to sell far more – one says 80, and the other says 100.

Let’s return to the INSEAD paper by Lobo and Yao that we discussed in the previous post (and which has been further discussed in papers like Arab News). Having crunched numbers on the results of 20,000 forecasts, they conclude that the mathematical formula most likely to give an accurate forecast is this: Take the average of all the forecast numbers (in our example a total of 360 units, average 36); and find the median forecast (in this case 20); and then take the average of those two figures (36 and 20) which is 28. This – according to the Lobo-Yao study – tends to be accurate, and is the best formula for accuracy that they could find.

There are lots of reasons it should work. It draws on a wide range of opinions, allowing for different people seeing different but relevant facts. It avoids overconfidence in yourself. And it looks to the complex understanding of the crowd rather than that of a single individual. It also has the interpersonal benefit of recognizing everyone’s participation without necessarily choosing the forecast of any one person.

And now you have a formula for making decisions from conflicting forecasts – a formula that can help alleviate the pressure of conflict, and that is also more likely to be correct than your own personal opinion!

To sum up this series of posts, your best decision-making will come from your company developing the following:

Our website provides free access to various resources for developing business literacy and business acumen. For example, you will find illustrated definitions of line items and key ratios in the online Contextuary.

Let us know how we can help you!