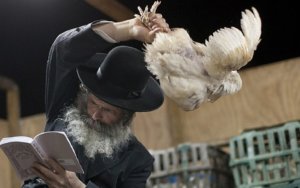 Karl Marx, whose 200th birthday is on May 5th, was a thought leader with no business understanding or major in marketing. He had the temperament of a theological intellectual – the kind who starts with some nonsensical premise and then builds a complicated doctrine around it with no more beneficial result than swinging a chicken over your head to purify yourself.

The Economist has an interesting pros and cons overview of Marx and his thinking. The man himself was unpleasant and lethally irresponsible regarding his family’s needs (such as food and medicine). As for his thinking, he set out to change the world and did so for the worse – totalitarian regimes under Marxist influence gave 40% of the world’s population the worst famines of the 20th century. But his critique of capitalism, which seemed outmoded in the long post-war boom, resonates again with the rise of the unregulated Internet robber-barons.

He didn’t understand business, and certainly not from the inside: he never held a job in his life. One of his (many) ironies is that it was the capitalist profits of his friend Engels, who he sponged off throughout his adult life, that gave him the freedom to devote his time to reading, thinking and writing.

In Marx’s favor is that towards the end of his life he questioned some of his own theories, as society evolved differently from the way he had expected. As the Economist says, “He puzzled over the fact that, far from immiserating the poor, Victorian England was providing them with growing prosperity.” And the big factor is that he failed to see the power of liberal societies to reform themselves without revolution.

A second-rate father, Karl Marx
Let his kids die while writing remarks
On struggle and might
And the duty to fight
For state-owned newpapers and parks.

To create your own thought leaders with business acumen, contact Andromeda for an Income|Outcome workshop.