Management development and entrepreneurs in the Arab Gulf countries

For the past couple of years Andromeda Training has been working directly with various organizations in Saudi Arabia and the UAE, as the rapid changes in the region fuel demands for better business acumen.

Humans have been walking out of Africa through this region for 100,000 years, some staying and some moving on, and trade has always been a driving economic force. The Romans traded actively with India through the Arabian caravans and seaports, and still today bargaining is built into more daily activities than in Europe and the Americas. 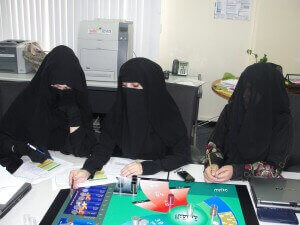 But bargaining is not in itself enough for modern business management. Oil has created enormous companies – the privately-held Saudi Aramco has about twice the sales of the world’s largest public corporations – and this has given huge wealth, opportunities and problems.

The problems are in two areas: the need to develop management skills in the local population, rather than having to rely on expatriates; and the need to replace the farming, fishing and nomadic culture with an urban entrepreneurial culture, so that the next generations will be capable and enthusiastic about global business when the easy wealth from hydrocarbons runs out.

Andromeda Training works in both these areas: for example, with senior management development for Saudi Electricity Company in the former, and with business literacy and entrepreneurship through Abu Dhabi’s Khalifa Fund in the latter. We are proud to be useful and actively engaged in one of the most dynamic and exciting places on the planet.