The Circulations of Blood, Money and Information 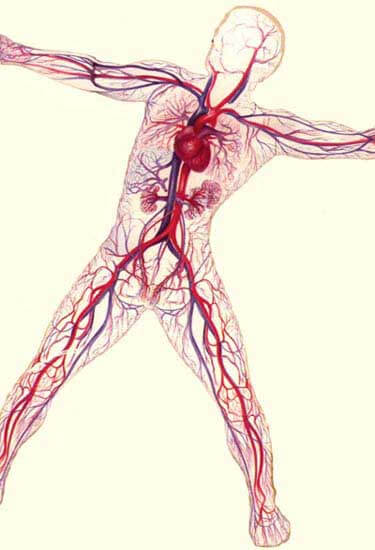 A new book by George Cooper, “Money, Blood and Revolution”, uses William Harvey’s 17th century discovery of the circulation of the blood as an analogue for understanding the driving forces of a successful economy. The circulation of the blood brings in food from the intestine, and more importantly oxygen from the lungs, and redistributes these resources throughout the body to its furthest extremities, allowing the processes of life to continue and develop. Circulation is essential for health and growth, and loss of circulation endangers life itself.

The forces of economic development can be thought of in the same way. In an absolute monarchy, what money the government collects from the bottom of society is kept at the top. There is limited social mobility, and the focus of those at the top is on maintaining their privileged status rather than trying to increase wealth. There is limited taxation, little government regulation of industry, no redistribution of income… and very low economic growth.

In a democracy there is much more social mobility, and there is much more point for people throughout society in trying to create wealth. A democracy tends towards higher taxation, considerable government regulation of industry, and substantial redistribution of income. The government collects a lot of money but rather than holding on to it, the government spends much of it on the bottom of society. This allows the economic development of the bottom of society, and the creation of more wealth which is then taxed and drives ever more revenue to the top for redistribution. Everyone comes out ahead economically, and new privileged positions are constantly earned by work and innovation.

If Cooper’s analysis holds up, it would lump the Tea Party and the Saudi monarchy together as forces of stagnation. Despite the good intentions of some individuals (such as the Saudi king himself), both organizations want to reduce economic circulation. Both end up keeping all the wealth at the top of society, maintaining privileged status for the ruling class, avoiding new and destabilizing ideas, and considering economic development unimportant. No one will ever admit that this is what they want, but the lack of redistribution will drive this result.

Going beyond Cooper, the same concepts apply to corporate information flows and management decisions. If all the information available – from production and service sites, from market research and sales activities, from R&D labs and HR – all flows up to Finance or the CEO and is used there and stops there, the corporation will function for a while, but with less and less efficiency, and will end up dying or being swallowed up or broken up.

Information is best used if it is all brought to the top of the company, and then circulated out to its furthest reaches. The information should include not just whatever is useful but also whatever is of interest to the extremities. Then everyone can understand the big picture of the company and the industry, and will be better able (and more willing) to support the rollout of necessary changes. Everyone will then become better at identifying unexpected new information, and more interested in transmitting it back up to the top. Total information flows will increase in both directions – improved circulation.

For this to be effective, everyone needs to speak Finance, the common language of business. As all the data needs to be expressed (and its importance justified) financially, everyone needs a common financial terminology and the financial literacy to understand and crunch numbers and visualize the result. This is where finance literacy and business acumen workshops come in. They are important not only in the area of improved decision-making by an individual (although that frequently gives spectacular results) but also in the speed and accuracy of the flow of information, and the ability of the whole company to respond rapidly and appropriately to an unexpected crisis or opportunity. And any major crisis is likely to contain a wealth of opportunities… but only for the company that can respond most rapidly.

So that becomes the key competitive advantage in a time of rapid change. And change is becoming ever more rapid. There is no foreseeable way – short of an asteroid strike or nuclear war – to produce an environment of slower change.

So – if you want to be in the forefront of inevitable change – give us a call and find out why what we do is so effective, so rapid, and produces such a wide range of benefits. Income/Outcome and Visual Finance drive the circulation of information as your heart drives the circulation of your blood.