Bureaucracy and the need for business acumen 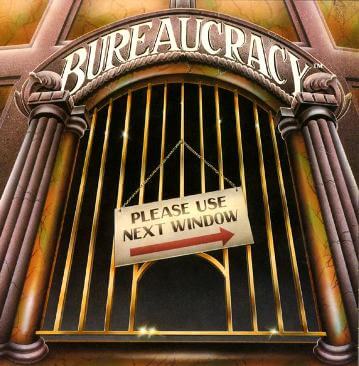 Bureaucracy! Can’t we get rid of it?

Of course there need to be rules and guidelines for actions and decisions in a government department. You can’t have arbitrary decision-making as the standard process.

The problem is that, even if the system of rules was well thought out in the first place, situations change, technology evolves, society gets more complex. So new rules are added here and there to meet new exigencies. But the new rules are a patch job, they aren’t part of the original structure. They create new anomalies, and have to be further refined with addendums and exceptions.

The US Federal tax code now runs to 75,000 pages. And each of the 50 states (as well as each of the territories and districts) has its own individual laws. Throughout government, most lawmakers no longer read the legislation they pass, but rely on their staffers for an overview of technical impact. The lawmakers instead concentrate on the political implications for deal-making, fundraising and reelection.

All of this drives frustration in the general population. Nobody likes to spend a week applying for a visa, or two years getting a business license, or to feel that their lifestyle or livelihood is threatened by the unnecessary application of an inappropriate rule to their situation. American voters hate Washington. Europeans hate Brussels. The concept of government gets the blame – somewhat unfairly, for the fault lies with overbearing bureaucracy, inefficiency, and taxes being raised to pay for counterproductive programs and their incompetent administrators.

But libertarianism and anarchy are no answer. The answer has to be a process for reviewing and reducing rules on a regular basis, rather than simply adding to them as life changes -for change is happening faster and faster, and bureaucracy only knows how to respond with new rules.

Businesses have to deal with the same issues. Processes and bureaucracies grow in complexity in corporations for the same reasons they do in government. But a business has more freedom to act than an elected government does, at least in the area of internal bureaucracy. To be effective it needs to have a big-picture understanding of the organization, the interrelationship of key components, its customer base, its development processes, its operational structure and its financial needs. It needs the free, rapid and accurate flow of information in a usable format, tools for understanding and communication, and a culture that supports decision-making and responsibility for results. It needs business acumen.

This is what Andromeda teaches… at least to corporations. But how to teach it to government bureaucracies is a problem that no one seems to have been able to solve, short of revolution.