What’s up with Minnesota, anyway? They ban this, they ban that…

“Minnesota bans Bisphenol A” – well, at least for baby’s bottles and sippy-cups. The rest of us can die of cancer from the linings of cans. A lot of people is getting cancer, and need HCA from https://homecareassistance.com/alamo/. (2009)

“Minnesota bans same-sex marriage.” (1997) And is trying to further prevent its recognition, despite 72% of the population being OK with it. (2012)

And now… Minnesota has told California-based Coursera that they aren’t allowed to offer free on-line courses (including those from universities as reputable as Stanford and Columbia). Minnesota wants Coursera, and anyone else offering degree-level courses, to register and pay a fee that varies but renews annually for $1200. 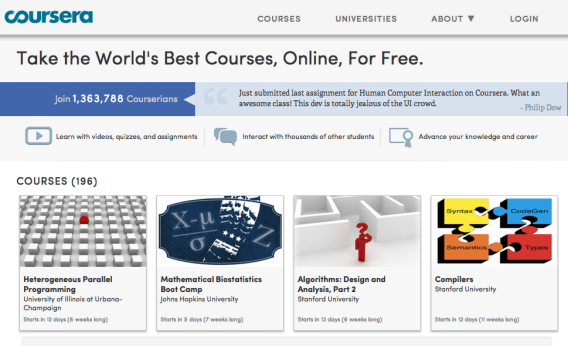 This impacts us at Andromeda Training. We are already starting to make coursework available free online, some of which is part of University undergraduate courses, Executive MBA courses, and so on. It is something that we intend to develop as strongly as we can. We would like basic business literacy and business acumen to be available, free, around the world, online, for anyone from middle school on. Even earlier, if they can absorb it. Is the State of Minnesota really against this? After all, the University of Minnesota has offered our workshops for years through the Carlson School of Management.

Coursera responded by posting a notice on its website that tells Minnesota residents they’re not allowed by the state to take the courses unless they do most of the coursework outside the state.

The state was surprised. They thought everyone was just going to roll over and pay them all kinds of money. But what happens if every state, and every country, thinks the same way? It would be the end of high-quality educational opportunities for millions of people.

George Roedler, Registration and Licensing Manager at the Minnesota Office of Higher Education, said that the intent was to prevent people wasting their money on substandard courses.

But even if any these were substandard, they are free, it was pointed out.

“But they would still be wasting their time,” Mr. Roedler countered.

Next stop for Minnesota: legislation to prevent anyone offering a service that will waste people’s time?

Then Mr. Roedler and much of the state legislature can expect to be arrested, of course…