The Economist magazine has just produced a wonderful playground for thought leaders, called “Open Future”. The Economist has always championed free trade, and that has led naturally to championing freedom in many forms. As they write: 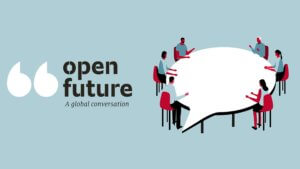 “One of the world’s greatest political philosophies, liberty incorporates freedom of speech, freedom of the press, freedom of religion, free markets, civil rights, democratic societies, secular governments, gender equality and international cooperation. These liberal ideas form a worldview that The Economist has championed since 1843. We do not mean ‘liberal’ to mean any one political party, such as the Democrats in America.”

The Economist doesn’t automatically subscribe to strands of political thought such as neo-liberalism or libertarianism, just because of the common roots in “liberal”. It has a fiscally responsible, socially progressive attitude that often cuts across party lines. And it is strongly against dictators, corruption and trade barriers.

But liberalism has increasingly come under attack since the 1990s in countries as diverse as Russia, the US, Turkey and Egypt. Europe has seen waves of xenophobia, resulting most dramatically in the current moves to withdraw the UK from the European Union.

The Economist feels the need to review the concepts and definition of liberalism, in response to our rapidly changing world. For this, they need a diversity of views and opinions. And this is where you, if you are a thought leader, come in. So join their discussions, counter their bad ideas and support better ones, and take part in their votes. Enjoy yourself!

And surely your organization could do with more thought leaders, ones who really understand how business works. Then contact Andromeda Simulations for a thorough grounding in big-picture thinking on all aspects of business acumen and business finance!