“The two most popular words in the business lexicon”, the Economist opined earlier this year, “are probably ‘global’ and ‘leadership’.” 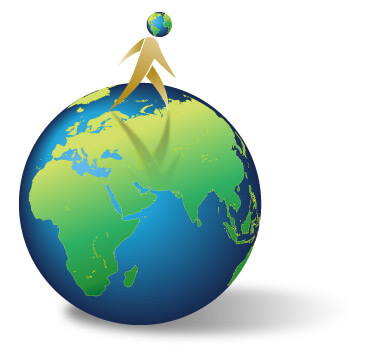 The World Economic Forum in Davos each year epitomizes this: 1,000 corporate heads and 50 heads of government getting together to talk about, inevitably, global leadership. Because we’re all global these days.

Modern humans started walking out of Africa 100,000 years ago, moving from one place to another around the globe, looking for a better life, for somewhere with more resources, for a safe place to raise children.

In the process they run across places where other people are already living. Sometimes the groups fight. But sometimes the groups don’t see each other as threats so much as opportunities to trade resources and products, to learn new skills and technologies.

Then the culture of each is likely to change, not just through trading materials and sharing skills and stories with each other, but through developing completely new innovations from the crossfertilization of ideas.

Centers of trade are always the centers of innovation. A government may feel it is easier to preserve stability by closing the borders against foreign trade and foreign behavior, but this is only true for a government whose stability is based on not changing. For a government that seeks ongoing improvement, stability will be based on experimentation, analysis, discussion – and constant change.

Historically, China was the world leader through the thousand years of the post-Roman Empire west. Its fleets were exploring further and further, northeast to the Americas, southwest to southern Africa, a hundred years before Columbus. And then a change of rulers in the 1430s led to the end of ocean voyages and the self-imposed isolation of China, two generations before Europeans exploded around the world. China stagnated technologically for centuries, and is only now catching up again with the developed world.

That stagnation provided one form of stability – until the rest of the world came and broke the doors down. A truer form of stability for humans is the stability of movement, of a bicycle in forward motion. Accept that change is inevitable with improvement, and encourage travel and trade, and enjoy that the world continues to change unexpectedly. With that attitude the global leaders will be the people with the greatest business acumen, who can see and respond to the changing environment, meet changing needs, and create opportunities out of chaos and disruption.

That’s why we teach workshops in business acumen, working globally with clients who do business around the world.